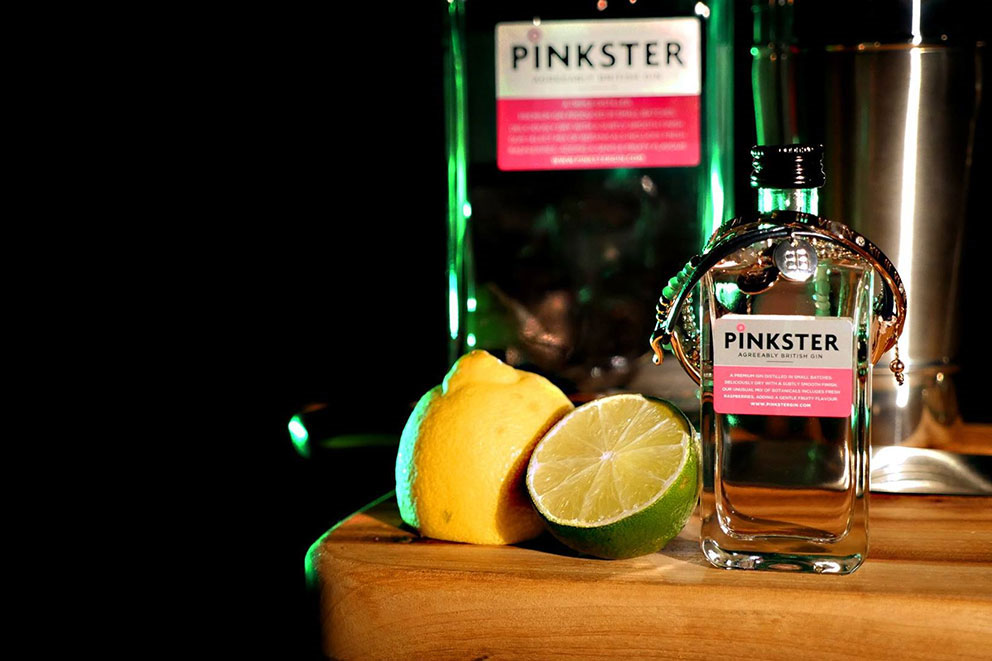 Perhaps the fastest growing type of contemporary gins, are those with a twist or with less traditional botanicals and flavour profiles. That's Pinkster Gin in spades.……The Natural Gin with a Mischievous Grin!

Stephen has come a long way in a short space of time in his quest to find the perfect gin to accompany his evening meal. After being told by his doctor to avoid yeast and sugar based drinks (including beers and wines), Stephen took it upon himself to rise against convention and reject the grape at meal time and embrace the juniper berry.

This led to many hours of experimenting with a wealth of wonderful botanicals and lengthy infusions which ultimately led to the holy grail of gins….. The Pinkster!

He wasn't intentionally creating a pink drink, it's just that after working his way through an entire fruit bowl it appears that raspberry delivered the best flavour. Word soon spread that there was a new gin maverick in town, who was creating a delicate flavour appealing both to seasoned gin drinkers and recent converts.

As an extra treat, he recycles the raspberries, albeit slightly intoxicated, and sells them in farm shops and food halls as Boozy Berries.

Ironically, being told to quit wine was the best advice Stephen ever received and judging by his growing band of admirers, it certainly seems that people are ready for something a little unusual to tickle their taste buds.

So, what is the perfect dish to be enjoyed with his Pinkster Gin? Well Celebrity Chef Ed Baines has said that it goes extremely well with fish and white meats, although the more adventurous may wish to drizzle it over some succulent oysters.

But don’t take our word for it…… Stephen didn’t get to where he is today by sticking to boring conventions and he will be the first to encourage you to experiment with all types of food to accompany your nice glass of Pinkster Gin!

Won overall best Contemporary Gin at The Gin Guide Awards 2017. This is especially prestigious as you can't actually enter the awards. The judges scour the market for the best of breed across the nine categories.

Delivery to your door, across the UK, for only £4.50 or FREE delivery when you spend over £90.

Orders are dispatched within 48 hours.