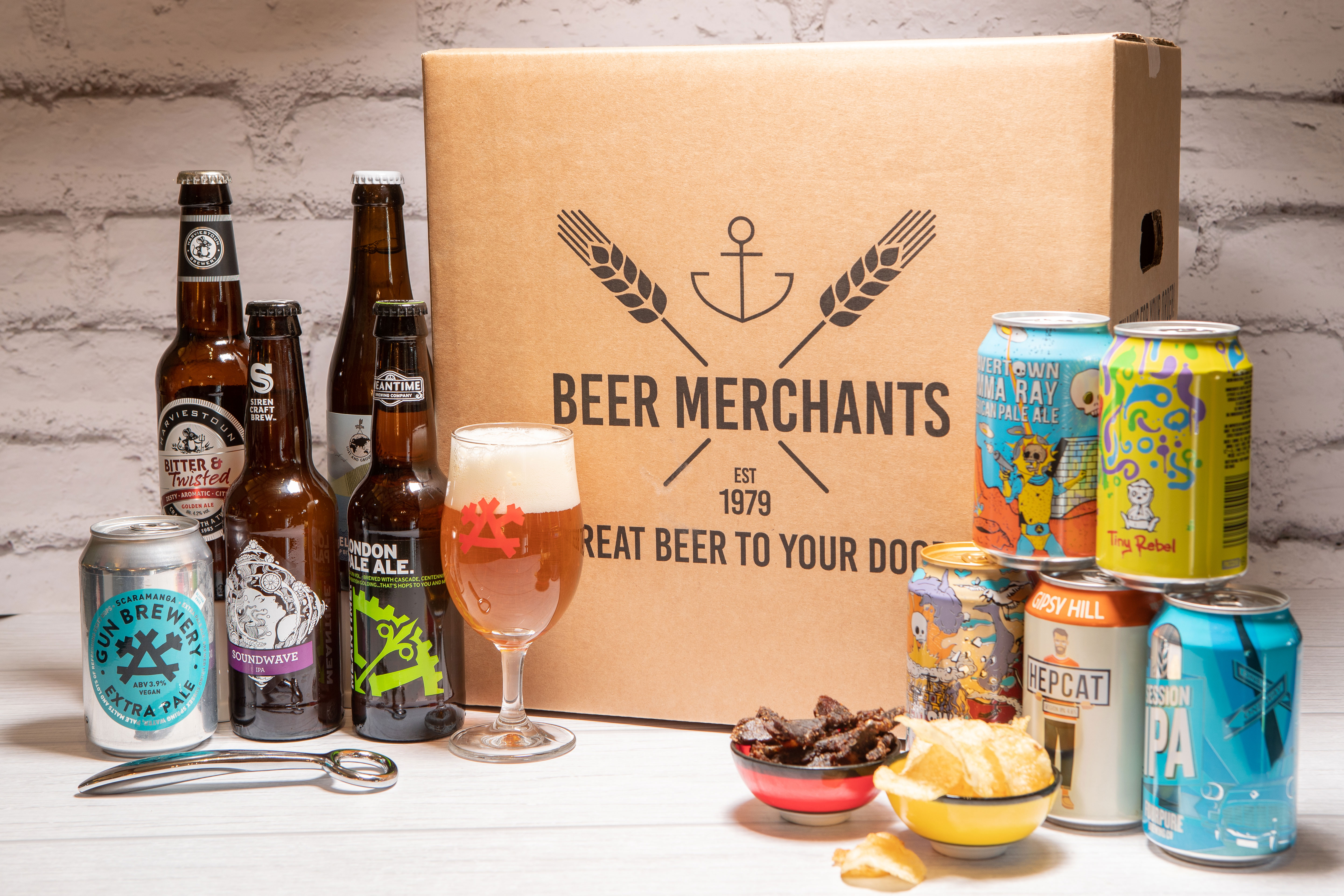 Produce: The best from British microbreweries and 16 countries worldwide.

Every day, of every week Beer Merchants are on a mission to find specialist beers that really catches the eye and tickles the taste-buds.

Beer Merchants are passionate about sourcing the best craft beers from around the world. They have worked within the beer industry for nearly two decades, finding world-class craft beer and delivering it direct to people's doors.

Their extensive range of beers, from best-selling Belgian beers to real ales and wheat beers, have all been made with a passion and quality that you're unlikely to find anywhere else.

From the simple beginnings as a beer shop in Kent, Beer Merchants has gone from strength to strength as one of the best online beer suppliers in the UK. Colin is the brains behind Beer Merchants and started online beer sales back in 2000 when the British Craft Ales business was in its infancy. When most beer was being purchased in off licences and pubs, this craft ale pioneer decided that his specialist beers could reach a much wider audience if sold online. Over the years, the Beer Merchants team has grown (the main criteria for joining is that new members must share Colin’s passion for beer) and they have significantly diversified their range and sourced craft ales from 16 countries worldwide.

Every day, of every week they are on a mission to find specialist beer that really catches the eye and tickles the taste-buds and there will always be a dedicated beer specialist on hand to offer friendly advice and guidance.

Jonny is an integral stalwart of the Beer Merchants team and very kindly took MasterChef Gift Card under his wing to explain the art of beer tasting. He explained how tastes for beers can change seasonally (depending on hops and barley production) and that this particular season is all about Pale Ales packed full of fruity flavours such as citrus fruits and strawberries.

It’s fair to say that Jonny is truly passionate about his beers and he gets genuinely excited by the extensive selection of craft ales available, all packed with different tastes and it’s all down to the variations of just four main ingredients, grain, hops, yeast and water.

To get more information and advice about the wonderful world of beers, then we strongly recommend you speak with a member of the Beer Merchants team, they are always keen to speak to fellow craft ales devotees.

Delivery to your door, across Mainland UK, for only £4.95 or FREE delivery when you spend over £50.

Orders are dispatched in 3 working days (usually quicker) on Monday to Thursday by courier for next day delivery.

Customers will receive an estimated delivery time by text on the delivery day. You can rearrange delivery or reroute to a local post office by text.

It's A Case Of Lager

Lost & Grounded No rest For Dancers